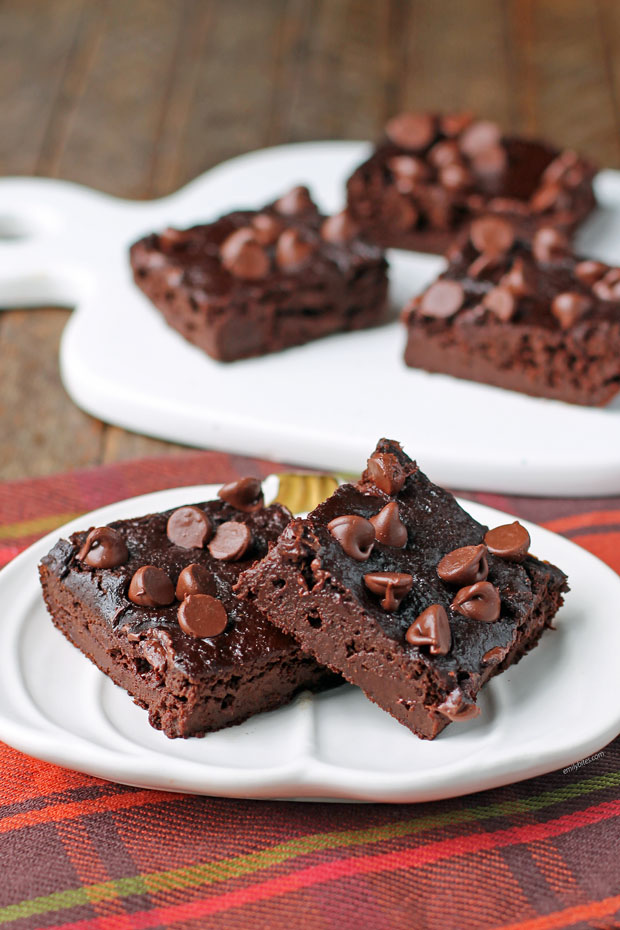 If you’re looking for a lightened-up dessert that delivers on decadent chocolate flavor, these Fudgy Pumpkin Chocolate Brownies are for you! These babies are rich and fudgy with a blend of pumpkin spice and chocolate flavor that will make your kitchen smell amazing as they’re baking. They also have far less sugar and fat than a traditional brownie, but taste just as indulgent. I’d say the texture is a bit fudgier and more moist than a traditional brownie, but still absolutely delicious. My husband has a major sweet tooth and he and my daughter both loved these!

Each of these satisfyingly sized Fudgy Pumpkin Chocolate Brownies is just 97 calories or 4 WW Points! That’s a real dessert bargain, especially since I divided the 8×8 pan into 9 brownies instead of 12 or 16 like I often see on brownie mixes. To view your WW Points for this recipe and track it in the WW app or site, click here! 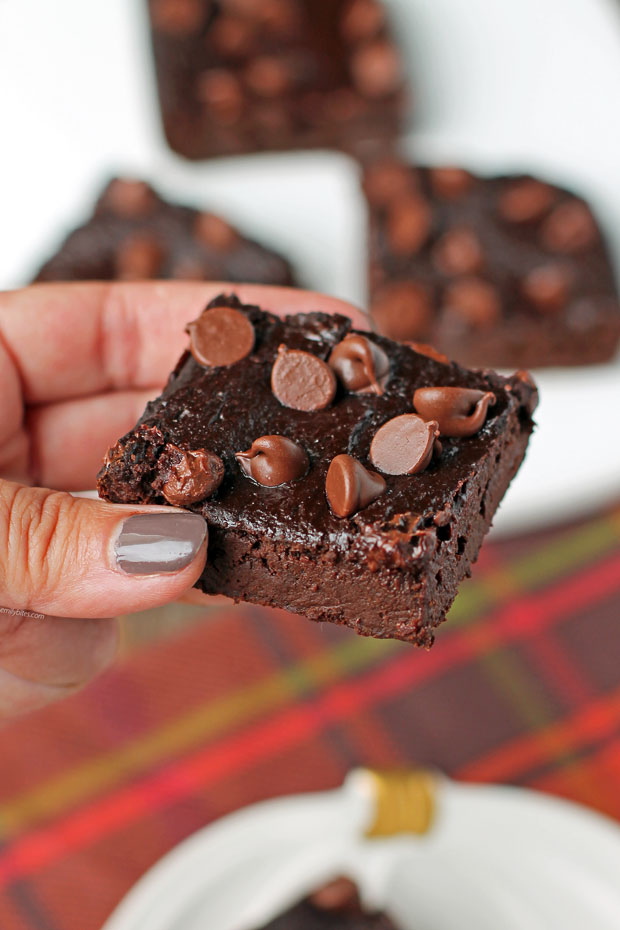 Not only are these Fudgy Pumpkin Chocolate Brownies rich, delicious, and lightened up, they’re also super easy to make. You’ll just mix together a few dry ingredients you’re likely to already have on hand, then mix together some canned pumpkin and applesauce. Combine the dry ingredients with the wet ones, pour it into an 8×8 baking dish, and sprinkle some chocolate chips on top before baking. That’s it! It’s almost as simple as using a boxed brownie mix, but healthier! 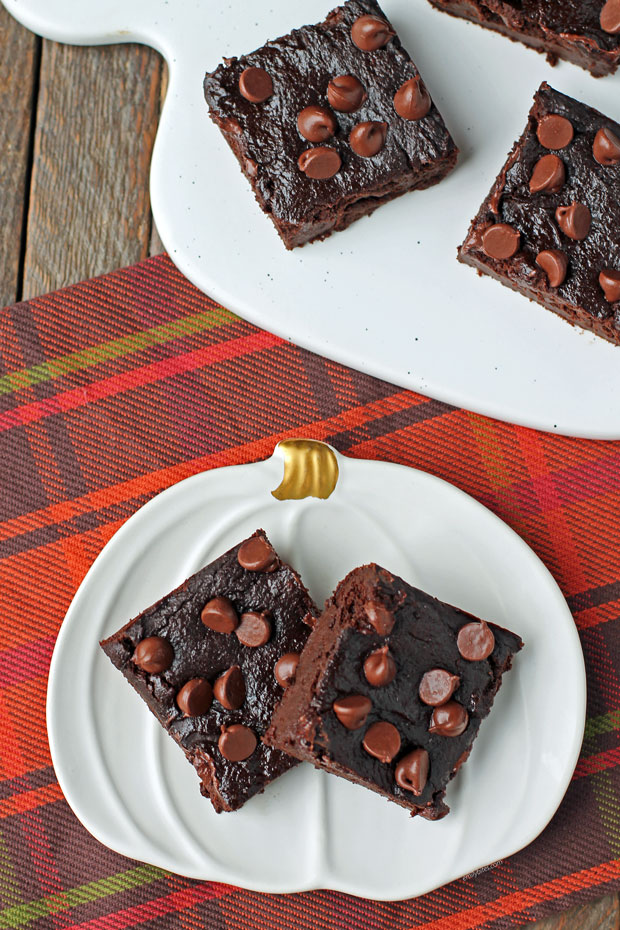