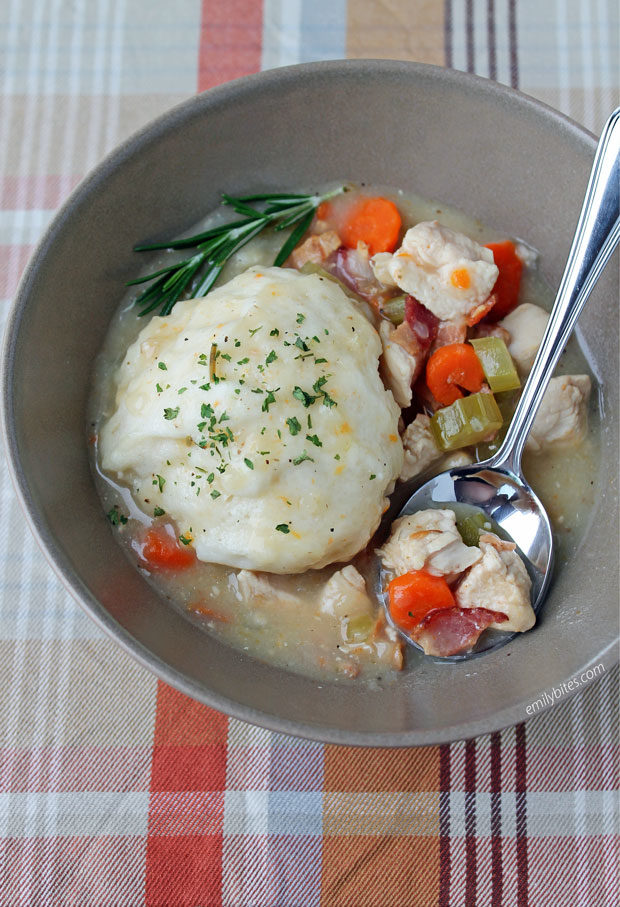 This one-pot Chicken and Bacon Dumpling Stew is a heartier take on chicken and dumplings, and it’s perfect comfort food for cooler temperatures! Packed with chicken, veggies, and bacon and topped with big, fluffy, easy-to-make dumplings, this is a filling meal that will warm you up from the inside out. Plus it’s all made in one pot for less clean up and a serving is just 281 calories or 5 Green, 4 Blue or 4 Purple myWW Freestyle SmartPoints!

I do have another recipe on my site for Herbed Chicken and Dumplings (also a one pot meal!) with dumplings made from scratch which is “soupier” than this Chicken and Bacon Dumpling Stew. Both are delicious but totally different in flavor and texture, so feel free to look at both and decide which one strikes your fancy.

Lightly adapted from Taste of Home

Creamy Corn with Bacon and Jalapenos